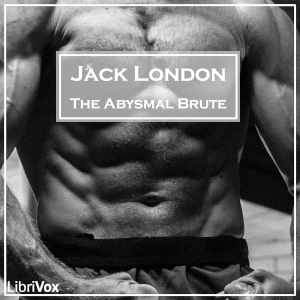 LibriVox recording of The Abysmal Brute by Jack London.
Read in English by Warren Kati
Young Pat Glendon is twenty-two years old, weighs two-hundred and twenty pounds, has never drunk alcohol nor tasted tobacco and knows little of city life. He’s all muscle, moves with cat-like grace and possesses great stamina and strength acquired from living natural in the wilds of northern California with his father. Young Pat is a natural at prize-fighting. In addition to his brawn he has speed and a natural instinct for the sport. His father, a former heavyweight prize-fighter himself, has trained Young Pat and believes it is time for the boy to take on the heavyweight world. But being in poor health, the elder Glendon enlists Sam Stubener of San Francisco to be the boy’s manager with instructions to protect the boy from the rottenness of the sport.

Jack London’s The Abysmal Brute is a story about naivete and natural athleticism against the brutishness and corruption of professional boxing, intertwined with a touching romance. This novel was twice made into movies: The Abysmal Brute (1923) and Conflict (1936), the latter starring John Wayne as Young Pat Glendon. (Summary by Warren Kati)
For further information, including links to online text, reader information, RSS feeds, CD cover or other formats (if available), please go to the LibriVox catalog page for this recording.

Uploaded by librivoxbooks on December 25, 2020